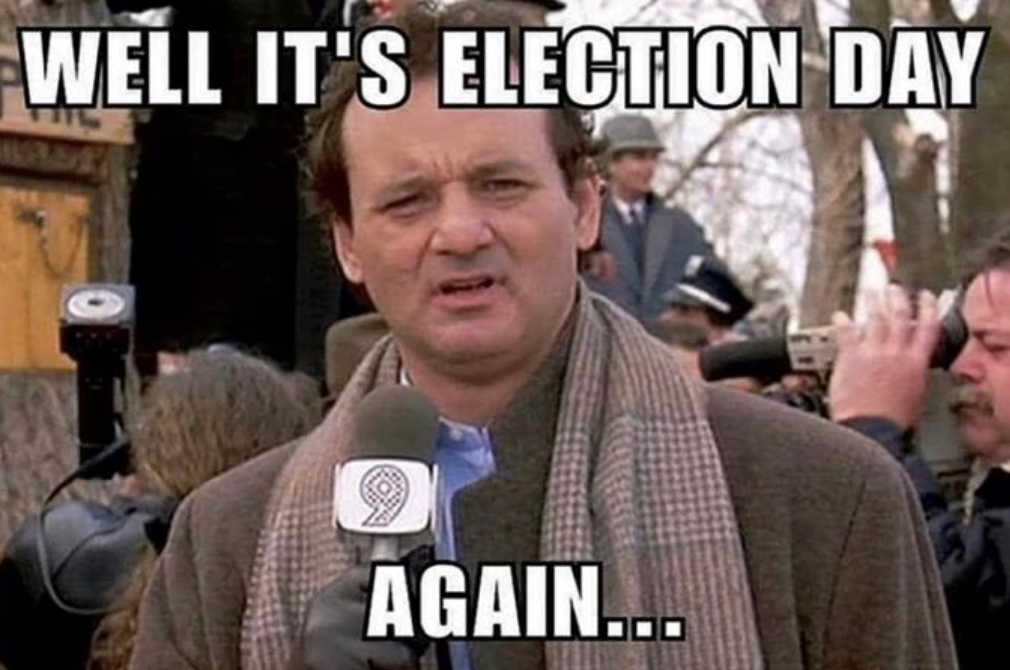 As we write this, it is indeed Groundhog Day in the sense that it seems as if this election season has dragged on interminably and has no end in sight. The US election remains undecided, although it is clearly leaning Biden’s direction. At this juncture, we will presume that Biden is the likely winner of the Presidential race, although there are ballots that need to be counted in many key states.

We did not get the “blue wave” anticipated by the pollsters, at least as the vote count stands currently. A few things remain clear, even if the election results are not yet final: we remain a nation divided and polarized; and whatever happens, legal challenges are coming.

One thing that has gone somewhat underreported is the fact that not one but possibly two US Senate seats in Georgia are headed for a runoff on January 6, 2021. While historically Democrats have very low turnout in runoff elections, this election is not any like any we have seen before. So while the media narrative at the moment is that we are headed for gridlock between legislature and the executive branch, that remains to be seen. At a minimum, we cannot say that loss of the Senate majority by Republicans is a zero-probability event.

For the time being, I think it is reasonable to assume that government will remain divided. With that assumption, it is useful to begin thinking about what can be achieved by the executive branch of government, what policy requires legislative support, and how all of this may be relevant to the markets broadly, as well as to hard assets industries specifically. Although this analysis is by no means exhaustive, we have chosen a few areas upon which to focus this particular discussion.

One of the key areas in which Biden could conceivably achieve a great deal via executive order is the oil and gas industry. We believe it is a safe assumption that regulation of oil and gas hydraulic fracturing activity is likely – at least if you believe the campaign rhetoric – and much can be achieved via that means. A fracking ban on federal land is achievable via executive order. It is unclear whether this would be on new leases or existing, and this distinction would certainly matter.

You could end up with a rule that prohibits flaring of associated gas, which currently occurs in the Permian basin because there is not enough pipeline capacity to move those molecules to a demand center. If in conjunction with this there were to be a ban on new oil and gas pipelines, even intrastate pipelines would be subject to federal permits that could be refused if they cross any waters or tributaries. One can quickly see how a Biden presidency could be a challenge for an industry already facing significant challenges due to COVID.

One cannot frame this thinking in a vacuum, and it is imperative to consider the effect of sanctions on OPEC countries, namely Iran. Biden has indicated interest in diplomacy similar to that of Obama, although he will have to be cognizant of a possible Saudi response. Ultimately, it is too early to tell what is rhetoric and what ends up as policy. The risks are certainly elevated for the domestic oil and gas industry.

Ironically, the introduction of increased hurdles and headwinds to domestic oil and gas development is supportive of global oil pricing and international projects. While structurally there is a shift away from fossil fuels toward renewables, and this agenda is likely to be furthered by a Biden administration, hydrocarbons are required to meet energy needs in the interim. Ultimately, this means continued challenges beyond pricing for the domestic industry. But particularly given the dearth of investment in more conventional oil and gas sources globally over the last several years, we think this emerging tailwind is worth consideration.

Morgan Lewis Posted on November 6, 2020
Stay Ahead of the Market
Receive posts right to your in box.
SUBSCRIBE NOW
Categories
RECENT POSTS

Unfinished Business from 2022 Happy New Year to our MWM clients and all HAI readers! With holiday festivities ongoing, HAI will merely offer some thoughts to [...]

Merry Christmas! Merry Christmas to our MWM clients and all HAI readers. With holiday festivities fully ramped-up, HAI will just offer prices for this week. [...]