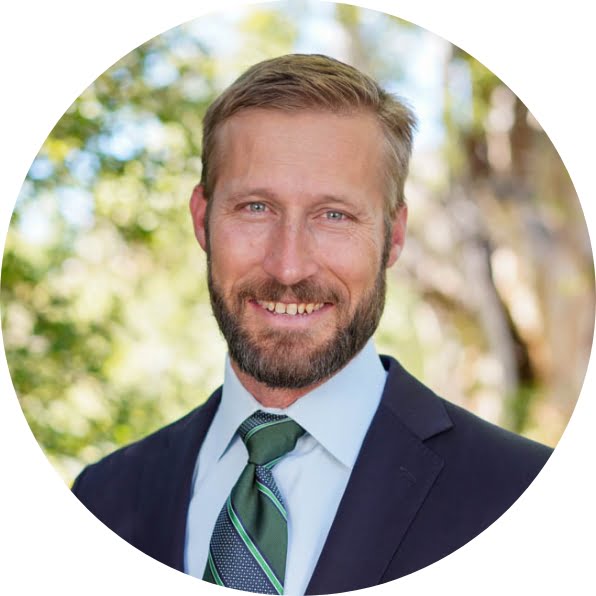 David McAlvany delivered his first speech on inflation standing atop a coffee table and wearing a three-piece suit – at the age of six. He spent his childhood traveling extensively with his father, Don McAlvany, to Africa, Asia, the Middle East, and Europe. During that time, David received a priceless and in many ways unparalleled education on geopolitical, social, economic, and intelligence developments around the world.

David is the author of The Intentional Legacy: Inspiring passionate family cultures.

He is a graduate of Biola University and an associate member of Keble College, Oxford University, where he studied philosophy and political theory. He later volunteered as an analyst in Chile with The Institute for Liberty and Development – an organization dedicated to providing free market solutions throughout Latin America and the Third World. He went on to achieve honors as a top salesman with Southwestern Company, and gained extensive business expertise with Morgan Stanley, including work with start-ups and business financing.

David is CEO of the McAlvany Financial Companies – International Collectors Associates and McAlvany Wealth Management. He is a featured speaker on national television programs including CNBC, Fox News, Fox Business News, and Bloomberg; on radio programs; and at financial seminars around the world, analyzing major events and their impact on the global economy and financial markets. He can be heard weekly on his market commentary with world leaders, bankers, economists, and renowned investors at www.mcalvanycommentary.com.

David is a past board member of The Warren Electric Group in Houston, Texas. He has assisted several non-profit organizations over the years with fund raising and leadership, serving on the board or the staff at various times as needed. He is presently on the investment advisory board for the Ft. Lewis College Foundation, serving one of the foremost engineering schools in the country, where he shares responsibility for all endowment assets.

As an avid reader on many subjects, including finance, economics, and philosophy, David facilitates a business-related monthly book discussion with his colleagues at the McAlvany Financial Group. His interests are varied, but he has a keen passion for cycling and mountaineering. H spends his free time with his wife and their children skiing, hiking, and enjoying the mountains of Colorado.

Stay connected to market trends with personalized weekly insights — custom to you!

This is a secure 256-Bit SSL encrypted form.
Reputation is Everything!
Trusted by 50,000 Clients for over 50 years.